We present you the town where will take place the World BikeTrial Championship 2012: Sonico.

Sonico is a nice little town of about 1300 peoples in High Camonica Valley, in the province of Brescia, and for the second time hosting a international BikeTrial event.

Like all Italian towns, also Sonico has a history that is lost in the antiquities since the first inhabitants of the valley, the prehistoric people of Camuni, began to inhabit the sunny coast that goes up the mount Aviolo. Over the centuries, have accumulated a lot of historical, artistic, cultural and religious testimonials that have been bequeathed to the people of Sonico and waiting to be discovered by visitors on the occasion of the World BikeTrial Championship reach this picturesque mountain village.

All associations of the country are committed to giving their support to the organization of the competition, from the the ProLoco and Sporting Group team that will provide the catering service for the three-days festival, the City Musical Band and the Protection Town, which will take care of car traffic control.

The presence of ancient human settlements in the area or the passage of groups of prehistoric people, maybe hunters who had gone in high Camonica Valley or who had fallen not far from the Tellina Valley, following trails for hunting, is attested by some flint tools, but especially with fine stone carvings that have been identified on the Rock of Fairies, about 800 mt sea level. This site is a rocky place in a wonderful position, on which the ancient priests of the people of Camuni (log Ligure and then Celtic) certainly, as in other sites high and therefore closer to the Gods, to celebrate their ancestral pagan cults. 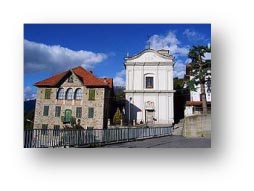 The various stone carvings found on the rocks are solar symbols, figures of idols, the hominids but also animals, weapons and type planimetric figures among them seem to recognize the schematic plan of a settlement (hitherto regarded as a representation idoliforme called just "the Idol of Sonico", later became a symbol of Proloco). The oldest recordings appear to have been carried out in the third millennium BC.

Other engravings were found on some smooth rocks placed near the hill named “Fobbia”, at whose feet must pass the ancient trail that connected the first settlements in the area: the villages of Garda and Rino. The elevated position and panoramic town of Garda, which overlooks a vast stretch of the valley below, had to be the main reason to be located in the area, already in pre-Roman times, a fortified enclosure, a castle or a tower of sighting for visual inspection of high Vallecamonica: the area that starts to narrow Cedegolo above, the rugged valley of Paisco to above Edolo. The Romans, after conquering the Camonica Valley in 16 BC, put a point in the area of changing horses, perhaps guarded and patrolled by a small garrison or implanting a post. Their presence is clearly attested by the remains of a bridge that came to light during the flood of 1960, in the locality Dassa, is characterized by a depressed arch and local stone with ashlar strongly and firmly wedged between them.

The first reliable documentation of the existence of a settlement (Vicus), where now stands the village of Sonico, is back to Lombard rule and after the Carolingian conquest: in the year 842, Autchari, in agreement with his brother Alcaro, invested the rich monastery of St. Ambrose of many goods, property and services on the vast lands of Sonico: the document shows that the Lombards, in 400 years of domination, they were also deeply rooted in the high Camonica Valley, but with the arrival of the Franks had to sell their property. Perhaps before the year one thousand is the construction of a fortified building in Rino: bears witness to a beautiful tower that stands in Saint Anton Square.

The importance of the site in medieval times is also attested by a large block, adjacent to the tower, which had to be built, perhaps on an earlier building in 1200 and then expanded in the next century. Interestingly, the main entrance in arch to all sixth. The past one thousand years, the lands of the area, were incorporated in the properties of the Bishop of Brescia. Important and oldest families of Brescia and Vallecamonica, swearing allegiance to the Bishop, had vast possessions in Sonico and received many feudal rights. During the Middle Ages to the noble Federici family ruled in Sonico: as proof of this beautiful country remain in the granite portals, a large tower and imposing buildings in ashlar stone. As in many other countries in the Camonica Valley, including Sonico, from Roman times, throughout the Middle Ages and later under the long rule of the Republic of Venice, a major source of income and wealth was the extraction and processing of ferrous metals. Many were the forges and furnaces, including one owned by the powerful Martinengo family of Brescia, which had vast holdings throughout the upper valley. Even Sonico and his lands were hit several times by famine and pestilence. 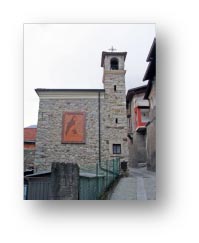 The most tragic and devastating was the great plague of 1630 that reduced, in a very short time, nearly half the population (in 1614 the people were 1053, resulting in 1644 registered 647). In the ancient history of natural disasters Camonica Valley big hit periodically these lands were the floods that the Oglio river or the numerous and violent torrents, gives the villages crossing or lapping. But especially were furious fire that having easy bait in the houses built primarily of wood, ravaging homes and factories: Sonico also some of these disasters did great damage and many casualties. As in almost all countries in the Camonica Valley, including Sonico, because of difficult living conditions, has known the endemic scourge of emigration, which reached significant flows in the years 1904/1905: the Sonico people were 177 out of a population of 1441 residents to leave, even in distant lands to seek their fortune, while still in the years 1946 to 1960, about 1840 residents, 323 were to emigrate. Sonico in recent years, perhaps because of its proximity to Edolo, retraced the steps of the more populous neighbor and exploiting its tourism (especially in small mountain villages), came to this area.

You can see a small video to better know Sonico town. CLICK HERE! 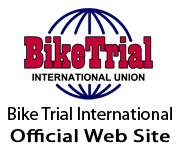